Richard established a small creche at the original Elmore Road location in 1991 and over the past three decades, he has successfully grown the business to the four sites we have today. A Sheffield lad with a background in engineering, a dry sense of humour and a ready smile, he takes a very hands on approach to the management of the nurseries, even getting involved in storytelling with the children, an activity that we have decided to name, ‘Reading with Richard.’

But his fun side doesn’t end there! When he’s not listening to Diana Ross and the Supremes, the first record he ever bought, he’s snowboarding down a mountain side with his children and although he admires anyone who can do ‘Dry January,’ we suspect he would definitely rather be on the piste.

One of lifes movers and shakers, if he could be any animal it would be the meerkat, as they are the fixer uppers of the animal world. They move in, renovate and make it their home, perhaps this is what has inspired Richard to continue with the development of the nurseries. The recent revamps of our Middlewood and Frecheville sites are a testament to this. 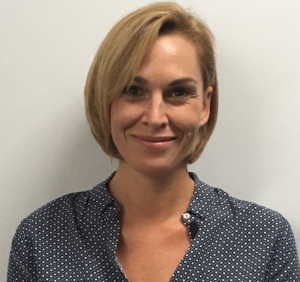 Nazli is the friendly face of our business and she works tirelessly to help all four nurseries attain the highest standards by liaising with them daily and improving working practices. With over 13 years of experience in school and project management she may sound like the serious type, but nothing could be further from the truth.

Originally growing up in the Congo, Nazli has travelled the world, including a 1000-mile trip from Mumbai to Cochin in a Tuk Tuk, to raise money for charity, along with 64 other teams. The treacherous roads and near the knuckle passes, both in daylight and darkness, may explain the team name, ‘Instant Korma!’ We’ll let you draw your own conclusions!

This love of travel is clearly an inherited trait from the person she admires most in the world, her Mum. Her Mum bravely travelled by boat from Portsmouth to Africa at the age of 22, later joined the Voluntary Services Overseas (VSO) and even backpacked across 3 continents at the age of 50, all alone! Now that’s what we call an independent woman, a quality that Nazli aims to emulate daily.

Introducing Lana, our very tall Finance Administrator! At 5 ft 11 in she is a lady of great stature and a full foot taller than Jo! Maybe we’ll have to call them, the little and large of the Central Team?! She is AAT Level 2 qualified and working towards her degree with the Open University, so definitely the Brainiac of the bunch and will be making sure our books are all in order.

She willingly admits that the first album she ever bought was ‘AKA’ by PJ and Duncan. Your secret is safe with us Lana. Her best qualities are her sense of humour and her patience and being a working Mum, with two little boys to keep entertained, that’s probably a good thing.

Her favourite place to visit is Bournemouth, where she spent many happy seaside holidays with her grandparents and loved playing in the sea and being buried up to her neck in the sand. We’ll remember that Lana if your sums don’t add up!! If she could be any Disney Character for the day it would be the Genie from Aladdin, one of her favourite films plus she’d have the added bonus of being able to magic all of that pesky paperwork away!

Matt is our joker in the pack, whose best quality is his sense of humour and taking a positive approach to any challenges that present themselves. With four nurseries to look after and maintain, this stands him in good stead and his favourite part of his job is explaining to the children, what he is fixing and why. We all know how curious little ones can be, so we’d love to be a fly on the wall for some of those conversations, “but why…….?”

We suspect that he’s a bit of a dare devil at heart, having once jumped out of a second-floor window onto a bouncy castle, do not try this at home kids! Perhaps this is because he harbours a secret desire to become Buzz Lightyear for a day?! Don’t ask!

During the week he is our go to person and plumber extraordinaire. He’d give Bob the Builder a run for his money any day of the week. Can he fix it? Yes, he can! He loves the fact that no two days are the same and when his work is done, he can head home to sample some of his wife’s delicious home cooked food. Where’s our invite Matt?

Known to most as Jo, or Aunty JoJo to her nieces, Joanne is our resident busybody, finding out the gossip and getting the latest updates about our nurseries out on social media. With a background in print and account management she loves all things creative and likes to paint and write poetry in her spare time, even having a couple of poems published and one on display at the Exchange Place Studios a couple of years ago, as part of a Valentine’s Day exhibition.

Her favourite part of her job is seeing the great photographs of the children laughing and enjoying their time at nursery but also learning while they play. The craziest thing she’s ever done is white water rafting in the Dominican Republic, where she accidentally hit another woman in the face with a paddle, ooops! Jo’s best quality is being able to let loose once in a while, singing with a community choir called Bevox, who rehearse every Thursday night at Sheffield Springs Academy. Some would say she has the voice of an angel, whilst others (the majority) would say, “Don’t give up the day job Jo!”