Megan has a Level 3 CACHE Diploma in Childcare and Education, as well as 7 years experience working with children from birth to 5 years. She is currently completing a degree in Early Years at the Sheffield Hallam University.

Her favourite activity to do with the children is anything that involves open-ended materials and loose parts because of the imagination and creativeness that these kinds of resources spark. Her favourite part about her job is making a difference in a child’s life, watching the children achieve something and that no matter how you are feeling the children will always put a smile on your face.

In her spare time Megan enjoys looking after her indoor plants, shopping and going for walks. Her superhero name would be Super Flash because she loves cleaning and thinks it would be amazing to be able to clean away the bad guys!

Her favourite place in the world is at home, where her cat socks is! It comes as no surprise that Megan would love to be a black fluffy cat with big green eyes if she could be an animal for a day.

Chelsea has a Level 3 Childcare Diploma and is working towards a Team Leading and Management Diploma.

Her favourite place to be is at home with her family, she enjoys seeing friends, going on adventures and making memories to last a lifetime. She likes to get messy with her children using gloop, paint, spaghetti and plenty of glitter and sparkles!

Chelsea’s favourite meal was her Grandmas Sunday dinner and although she is no longer here Chelsea still remembers that it was the best especially her roast potatoes!

Her favourite Disney princess is Cinderella and she agrees that no matter where you dine from never be afraid to follow your dreams! 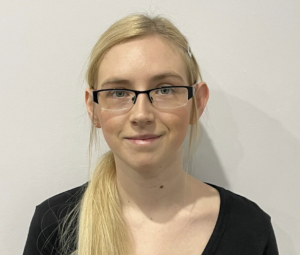 Leah has a passion for office work, she finds it rewarding to help people and she enjoys being the first point of call for staff and parents and to help them with their enquiries.

In her spare time Leah loves to craft, she has a never-ending stock of craft supplies and enjoys making gifts and cards. She also likes football and enjoys watching Sheffield Wednesday with her brother. At the weekends she enjoys going on walks and visiting the local parks with her family.

Leah says her best quality is her friendliness, she always tries her best to be positive and friendly.

Her favourite place in the world is Italy, she travelled around the Mediterranean on a cruise a few years ago and visited Rome, Pisa & Florence. She enjoyed the delicious food and drinks and found the locals are very friendly.

Ellie has a Level 3 Childcare qualification, gaining lots of experience along the way during her 7 years at Elmore. She is super organised and says her superhero name would be ‘punctual woman’ as she is always on time and often early for things. Is it a bird? Is it a plane? No, it’s Punctual Woman!

She once went on a helicopter ride over the Grand Canyon but her favourite place in the world is Galway in Ireland where her grandparents are from.

She loves to do science experiments with the children and get messy, she says seeing the children’s faces when they learn something new is her favourite part about her job.

In her spare time she likes to take her dogs Terry and Brian for a walk or spend time with her old film cameras developing her own films.

Ellie’s favourite Disney Character is Merida from Brave as she is fiercely independent, courageous and refuses to conform to stereotypes that don’t suit her. 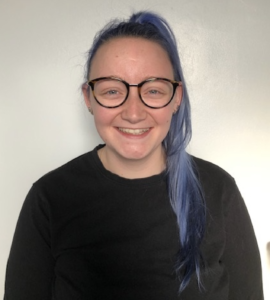 Becky has been working at Elmore for over 4 years and is Level 3 qualified. She says that the best part about her job is seeing the children grow as individuals and reach new milestones.

In her spare time she likes to go for walks in the Peak District. Her favourite place in the world is Disney World in Florida as this is the last holiday she went on with her nan.

Becky says that her best quality is being positive and if she could be an animal she would be a sloth as they live a very calm and chilled life most of the time but can be fierce if necessary. She says the craziest thing she has ever done is jumped off a boat into the sea while being on holiday in Turkey, certainly something that takes a lot of courage! 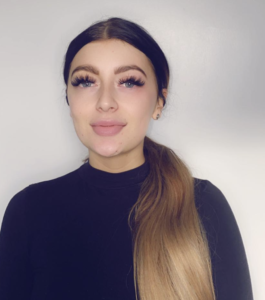 Chloe is a Level 3 qualified practitioner who is always eager to learn and better herself and is working towards higher qualifications. She enjoys spending time with the children and helping them learn and grow.

She takes a very open-minded approach to life and Michelle Obama is the person who inspires her the most. Her favourite place in the world is home because she would never rather be anywhere else – apart from being at the nursery of course!

Chloe’s favourite activity with the children is anything messy as she thinks messy play is the best way for children to express themselves! It’s a good job that her best quality is patience – as lots of this is needed to tidy up all this mess! She loves seeing the children thrive through new experiences and helping them reach their full potential.

In her spare time she likes to spend quality time with her family and friends and eat her nans homemade cottage pie.

This is Lana from Elmore, let's chat on WhatsApp or send me an email at lana@elmoreuk.co.uk